Sometimes living a happy life with  hand full of money and heart filled with over esteem, pride of success and achievements is not certainly considered as completeness.  I realised that the very moment I saw the foot hills of Nainital from a far. The series of small hills were passing by and I was lost in deep thought about the purpose behind the  creation of calm immortal giant chain of nature’s abandoned beauty. Suddenly Abhi told the driver to stop the car and I took my eyes off those number of landslides between  mountains; I turned towards Abhi with a sense of astonishment and innumerable questions that wobbled in my eyes which i was able to summarise and asked silently ..

Abhi- “Di, look at those stubborn hills.. Aren’t they so big and vast like there is no end to this view..?”, and he turned his face towards Sam. He was expecting the same reaction and Sam was literally so lost in the scenic happening, that he always wanted to capture and preserve through lens. It’s obvious that he skipped the whole conversation between me and Abhi. I was wondering these mountains aren’t really stubborn but evolving each day, making an effort to grow, which is not any different from human life. Landslides keep happening because the mountains are growing. The same is true with human life: If one is striving to grow, upheaval happens. I was again lost in thoughts that suddenly,

“Sam..Sam…!” Abhi shouted with double of his excitement.

“Oh Yes..! Nothing can be more satisfying than just staring at the cloudy sky that was about to turn orange absorbing the sun into itself before saying a goodbye. Probably, the sun is out there playing hide and seek with those clouds and one of them resembling more like a hopping rabbit. Let me take a picture..”, Sam replied. We all got down the car and Sam tried to shoot the manifest of illustration. For Abhi, all were the only figment of imaginations that Sam got in his head and he started elaborating the same theory to Sam.  He is more realistic than both of us. I let them stand there and took few steps towards the gorge to look down the edges and the horizon. It was a long tiring journey. We took a road trip from Delhi to Nainital. It was 2.45 in the afternoon yet a long way to reach the resort. The cab driver was in a hurry as he needed to return after dropping us, so we decided to get into the cab and moved towards the destination.

We reached at the resort nearly around 4.40 in the afternoon. All the way I was silently inhaling the pure air and bonding myself with the nature through my eyes, and first thing I told in the last two hours. Their reaction to my statement was spontaneously hilarious,

“I want to stay here, well u guys go on the trek and pick me up while coming back.”, and  I nodded my head twice with a cheesy smile.

“Did u inform terrorists to kidnap us during the trek..?”, Sam yelled at me and well I continued the same cheesy smile as I was amused that they took my words seriously. The giggles ended and right after paying the cab we rushed into the cottage . We took few minutes to get ready to grab every second of memories in Nainital as we had only an evening planned to be there.  The very next day we had plan to go to the base camp, from there we had to start the trek to Roopkund.

I was feeling very happy and excited,  and we started a walk towards Bhimtal lake which  is few yards away from the resort. It wasn’t a rushy place at all. The vast blue lake is surrounded with youngest mountain range of Himalayas. That evening, the water was deep and backscattering an enchanting evidence of an unforgettable blue and golden sunset. The musing of my own reflection on the mere surface lake mesmerised and amused me with a contemplation of meeting my another self, it only took a moment though. It was an agonising feel of being part of  a tiny kingdom, unconnected to the world surrounded by vast mountain chain, few people and one magical lake that arrests your soul if u fix your gaze into it.

When I was completely lost into my imaginary bonding with nature, Abhi suggested to go for boating. There was no reason to disagree with Abhi. Within no time chasing his idea, we hired a boat and a boatman to enfold ourselves into the nature’s arms. With life jackets on, boys hopped into the unstable boat. I always suggest Abhi to loose some weight. He jumped into it and looked at me with a pair of playful eyes. I left no chance behind to taunt him for the doddery old dragon boat started nodding towards left and then right. The boatman held that stable for me to step into.  I was always a bit scared of deep water still i held my breathe and sat next to brother. Sam was sitting on the opposite end holding his camera and ready to capture all the moments at a time. Abhi was wondering which direction we would take to start, at the same time he was kind of concerned about me.  His concern and worry was for two reasons. First being I shouldn’t fall  off the boat at any cost and the second one was my nose turning red completely. He kept on asking “Di, why u are changing colour..!”

We Sometimes feel that we know what we see in front of us but the truth is, nothing is more mysterious and happening than the mesmerising nature. The figments of alluring thoughts were gaping into each glance with those day lights blazing in the dusking sky. No matter how hard we try, we can never turn the pages to know what it wants or what it is going to show in the very next moment. The lake was unpredictable so were the gigantic hills and the colossal vesper sky. It was all good and while we were enjoying the unforgettable moment of togetherness, we forgot to notice the sky turned nightmarish  with full of grislier clouds and terrifying thunder storm. At first we thought it was another facet of nature that we are unused to see. We got panicked  when the massive drops of rain fall started. The boat was unstable all the time and now it was almost giving a feeling like it wanted us to fall into the lake. Abhi was consolidating me as well as talking to the boatman to row the boat faster to the lakeside. Sam was busy protecting his camera from the rain. His hands were probably chilled and started shivering by that time as he was getting nervous. The obsessive fear was clearly visible on his face. At that moment the only fearless person on the boat was the boatman. I was holding my brother’s hand so tightly and he was trying hard to protect me from the hailstones. By that time I already started crying. I can still remember the massive drops of rain falling from the dark scary sky and the sound of the hailstones hitting the water surface. It was not at all melodious. The hunch of falling into the lake and being lost forever in 180ft deep was the only feeling left inside me. For a moment life started appearing as the worst nightmare ever, when the boatman told its impossible to reach the lakeside as wind was pushing the boat towards nowhere. It was blowing so fast that  the ripples were making the water level appear like a dreadful meander.

Abhi noticed a rock boulder on the lakeside that was the closest in the direction of wind and he told the boatman to try to reach there somehow. The water level was rising so fast and the boat started quivering more, that it could have capsized by the windy storm. By the time, the boat reached almost 100 meters near to the rock boulder, the boatman escaped. He jumped out of the boat and swam to the lakeside and left. It was dark and creating an illusion of a scary midnight and none of us knew swimming. The storm didn’t seem to stop in a near time. Instead of calling the boatman who was vanished without trace or shouting for help, Abhi jumped out of the boat and tried to pull it towards the lakeside. I was concerned for brother not to get hurt by anything. Sam was looking for a shallow water surface to get down and help Abhi. It was a tough struggle for a 22 years old mama’s boy to step-down into water without even knowing the depth. At that point his effort was worth appreciating. He helped Sam by lending his hand, then to me and we both somehow slithered through and reached the lakeside.

It was one of the most horrifying yet a momentous experience of my life and I am sure its the same with Sam and Abhi too. I felt like Dancing in joy. I raised both of my hands and cherished the split second of aliveness and realised the value of togetherness. Most of the people wait a lifetime but never get a moment to live or to be truly happy until that one glance, when you realise the value of life. When you see the boat is drowning which was your only saviour and you want nothing but to live, that’s the moment you truly apprehend,  who you are and how tiny ur existence is. I was happy, We all were fortunate enough to keep our body and soul together that evening.  But the struggle to survive was not yet finished. The water level was rising continuously and it was next to impossible to stand there and wait for the rescue. The hailstones weren’t tired of hitting us and the water level was determined to drown us. 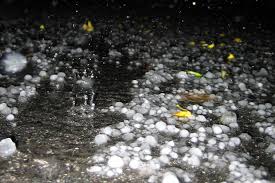 It was an unfading memory for lifetime that my little brother literally saved us from the torment. He climbed the rock boulder and found a narrow pathway connected to the road. He might have expected someone to be up there for help but in vain. So he finally decided to do it all alone. He luckily got a bough from somewhere and passed that towards me. I climbed the slippery rock with the help of that and then Sam too came out. We were out of that savage. We held each other’s hand with unsettled feelings  in heart yet offered an indebted prayer to god for everything. We started to walk towards the resort. Now, there was no fear of rain that was still pounding on us. There was no more curse for the hailstones, though we could still feel the big giant ice pellets falling and scattering on the road. Though the storm was still heavy and there was no sign of  anyone around, we kept murmuring with our weary souls and kept walking until we reach the resort lobby.